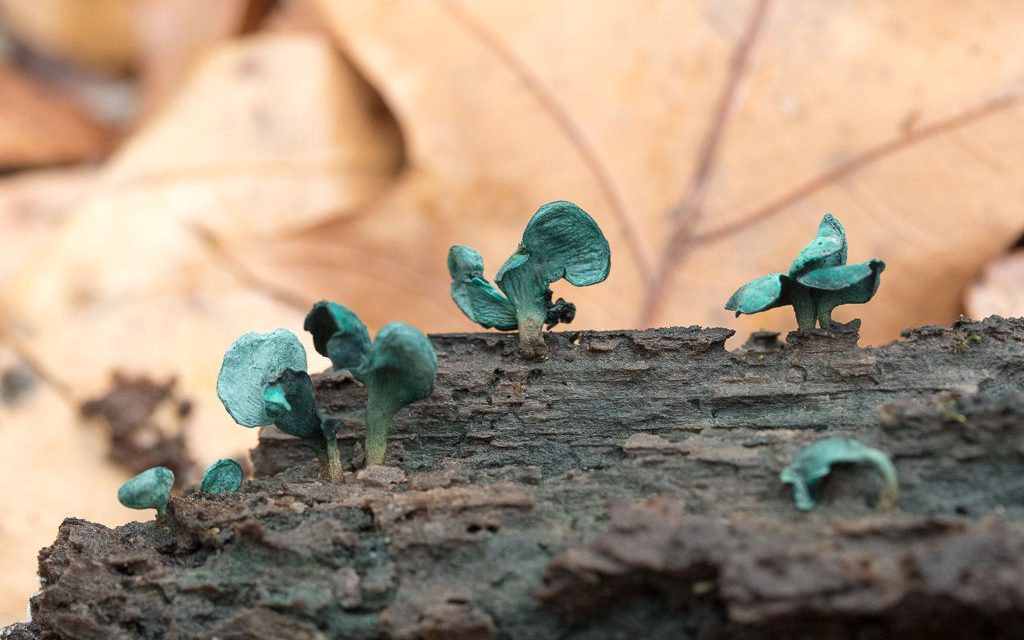 About 25 people choose to get outside and join us hunting for mushrooms on Black Friday. The weather has been unseasonably warm and we were hoping to find a few gilled mushrooms as well as crusts and jellies. We were greeted with a small crop of Agaricus arvensis, Horse Mushrooms, growing in the grass right at the meeting point so it was looking good. Once we were in the forest we found an abundance of species from the very small to larger specimens. There were a number of seasonable edibles about too along with the poisonous Galerina marginata Deadly galerina.

Highlight of the day was the Chlorociboria aeruginascens (Blue-green Stain). We normally find the stained wood but today we found the fruiting body. The smallest identified species was Dacrymyces minor, tiny 1mm diameter yellow jelly drops on a rotten stick. This species has not been recorded by the club in the past.

We had quite a problem identifying an abundant purple/brown mushroom found by many members under Oak and Tulip Popular. In the field I though it might be a Cortinarius as the gills showed a hit of orange. I later decided I was being deceived and it might be a Laccaria. The spore print was white which was encouraging, but under the microscope the spores did not have spines. Then I thought about Hygrocybe and that is where I was stuck. I posted the images to Mushroom Observer and a another member, “jimmiev”, suggested a species name. The specimen matched the description, including the spores size and shape as well as the smell so the identification of Clitocybe cokeri was confirmed. This is the first time Clitocybe cokeri has been identified by the club and it is related to a number of cold weather mushrooms that can fruit late in the season after the frost and in the spring with the snow melt.

We found one non mushroom species of note, the Emerald ash borer Agrilus planipennis. Culprit in the death of millions of Ash trees in PA and other states, despite all the dead trees it is rarely seen.

There are nearly 60 species recorded here and among the unidentified we are still working on an unusual coral mushroom species. All in all quite a haul. 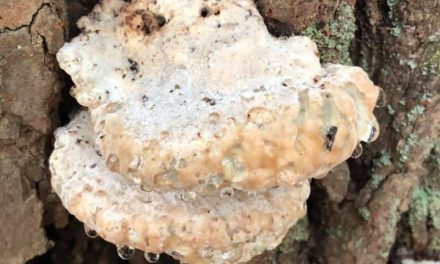 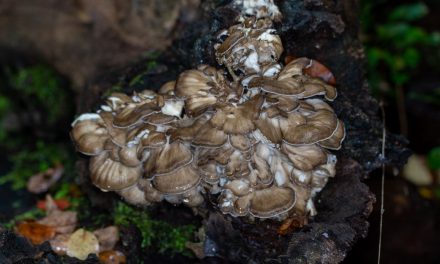 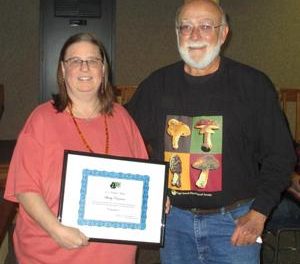 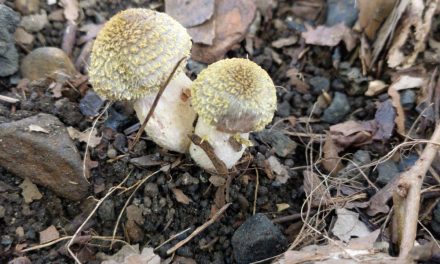