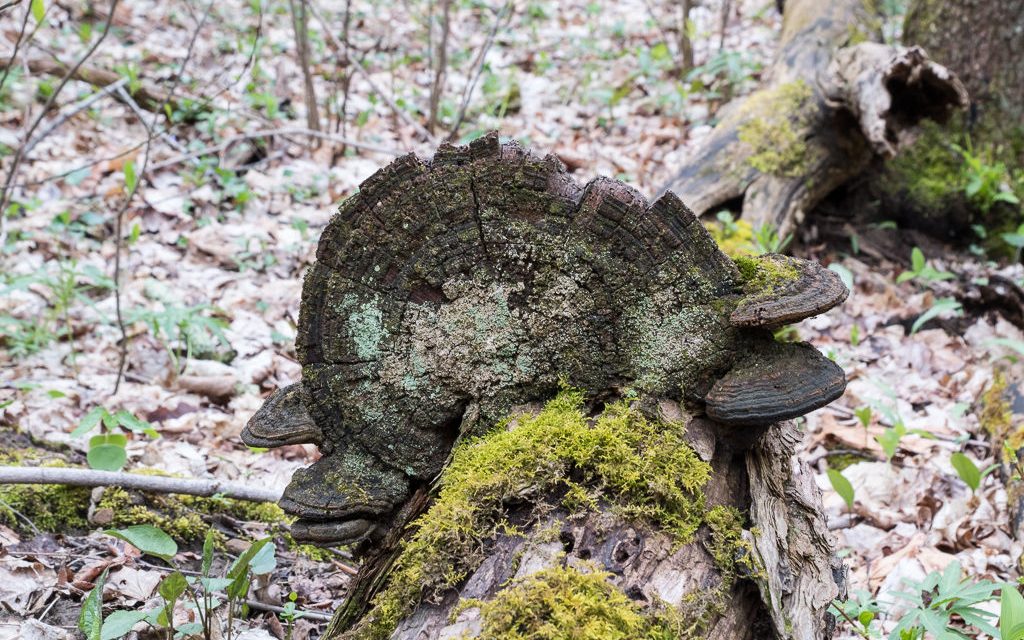 Walk leader Blaine Sanner. This was our first walk at Braddocks Trail Park and I think all agreed that it was a beautiful park. Wild flowers were in bloom and there were some pleasant trails through the park and a creek running with a waterfall. The creek banks are a perfect place to find Scarlet cups and part of the group took a “short cut” from one side of the park to the other and discovered them nestled into the side. The parks has large Tulip Poplar’s and some Elms so we were on the look out for Morels.  The weather has been the perfect temperature but there has been little rain. We did find a a hand full of immature yellow morels and and one mature one but no black morels. The season may have already passed for the black morels. The other interesting finds were a number of different Rust fungi on the wild flowers and plants. We learned about Allodus podophylli (Mayapple Rust) last year and found it again on this walk. Many rusts are homoxenous which means that there is only a single plant host. This means that if you can identify the plant you can quickly identify the rust species. John Plischke III found and identified Puccinia mariae-wilsoniae on Claytonia virginica (Spring Beauty) and Puccinia violae on Viola sororia (Common Blue Violet).

The Sarcoscypha austriaca (Scarlet cup) identification was confirmed by microscopic analysis of the spores and the hairs on the underside of the cup. The Stropharia rugosoannulata var alba is a variant with a white and somewhat lumpy cap. 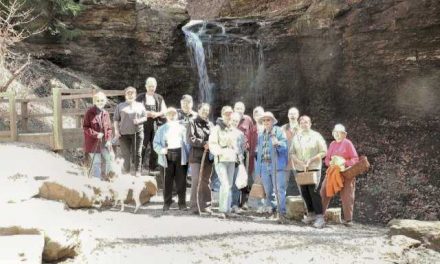 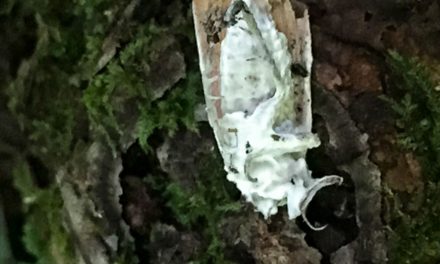 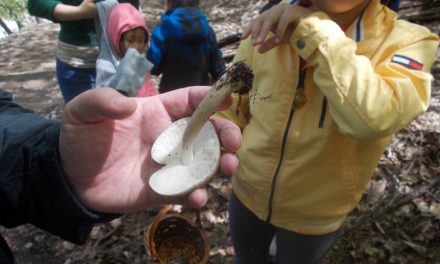 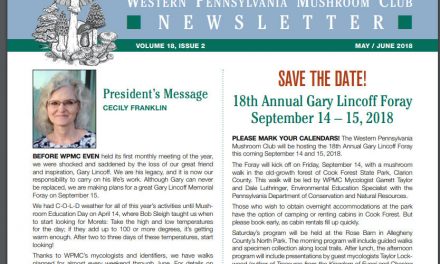