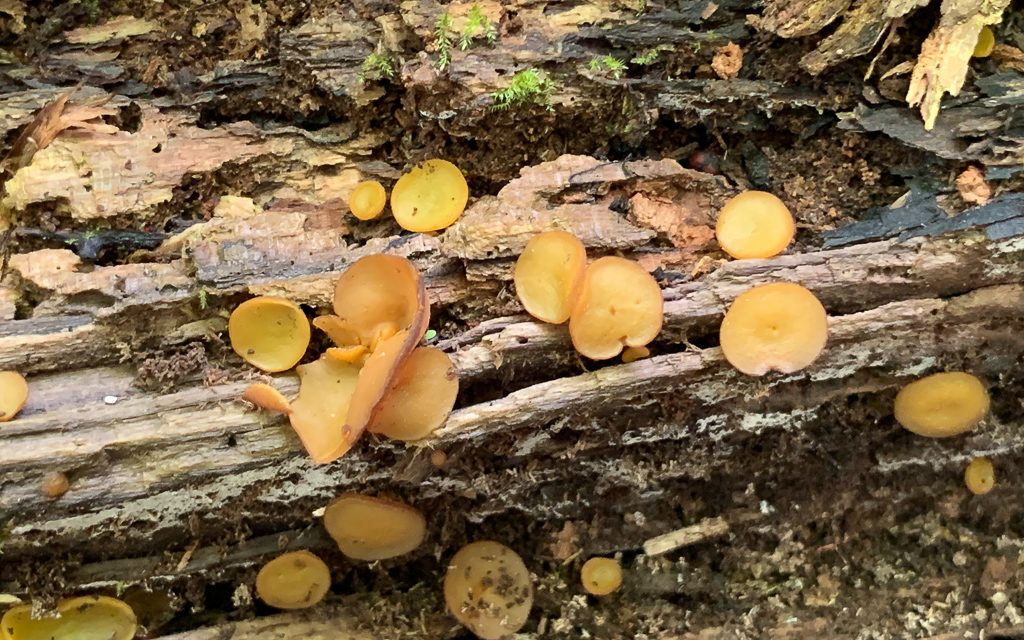 Fifty plus people came out on a beautiful Saturday morning. We were joined by Ivy Kuberry an environmental technician with the Department of Conservation and Natural Resources who kindly let us use some of her photos. Three groups split up and covered three different trails starting from the covered bridge and found almost 50 species. We were not expecting to find much in the way of Amanitas, Russulas and other larger gilled mushrooms but we generally find a lot of interesting species at McConnells Mill and this walk did not disappoint. There were cup mushrooms in abundance and we had fun blowing on Peziza phyllogena (Common Brown Cup) and seeing them release spores a split second later. There were a number of other cup fungi which the club identifiers had not seen before. Peziza michelii was a very pretty cup with a pale violet inner fertile surface and milky white lower surface. In the same area there was a light beige cup with a very stout stem and quite a distinctive look that our best ID would be Peziza waltersii. The third cup was identified as Peziza varia. One of the smaller finds of the day was Chromosera cyanophylla a small gilled mushroom that grows on Hemlock. It has a yellow-brown cap and pink/purple gills. 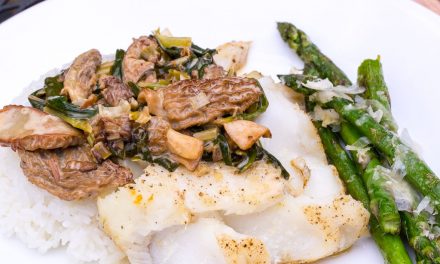 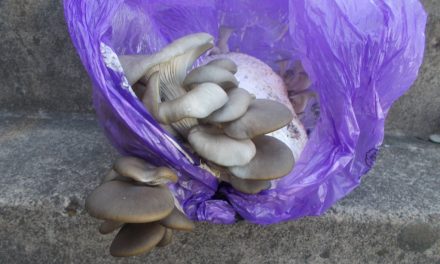 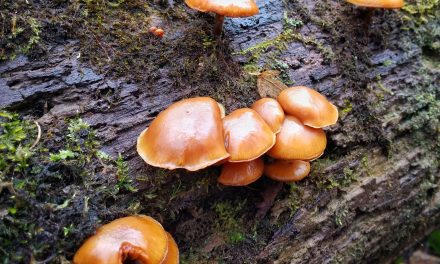