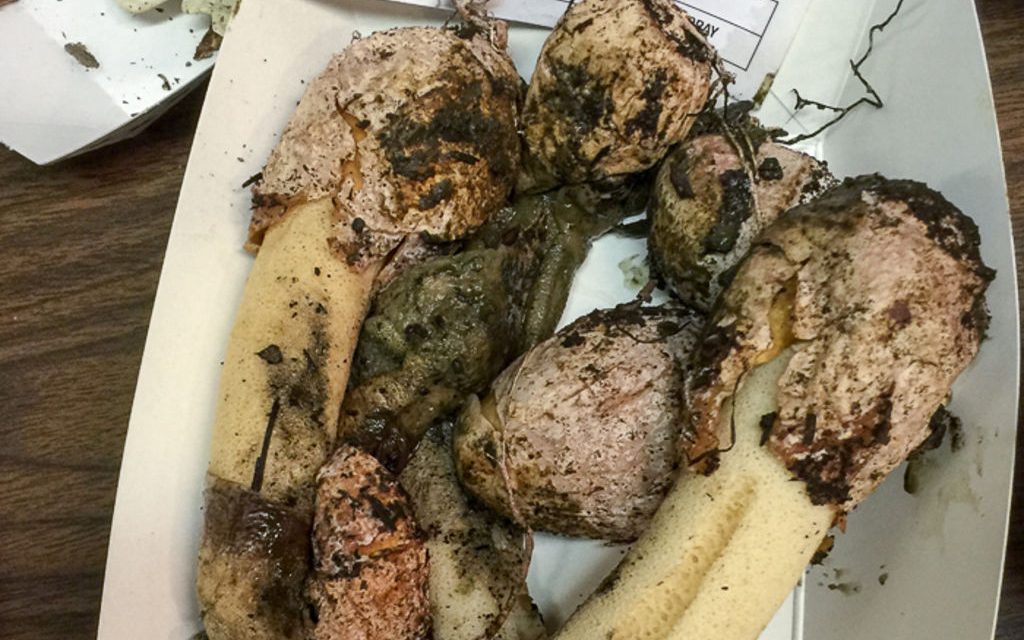 We also found members of the following families that were not identified on the night:
Pholiota sp
Laccaria ap
Gymnopus sp
Mycene sp

Comments:
Quite a range of species for this meeting, due to the unseasonably warm weather, quite a few of which are not normally observed by the club. The stink horns were found right outside the meeting room! Jim Tunney brought in his cultured Grifola frondosa that was just starting to fruit from its converted 1 gallon milk jug. The culture was grown from a sample collected last year. 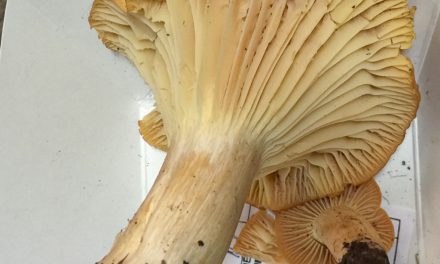 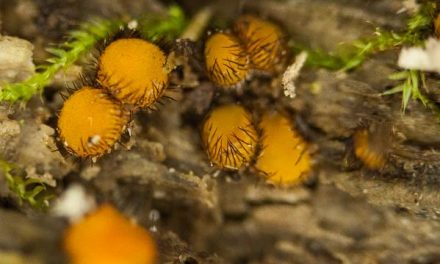 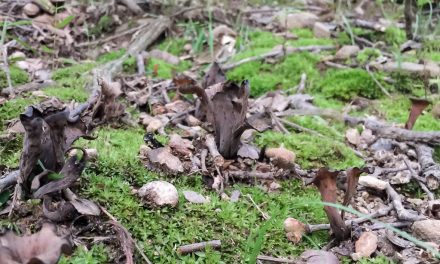 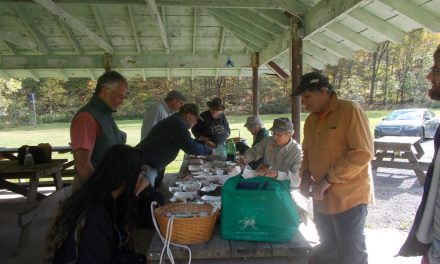