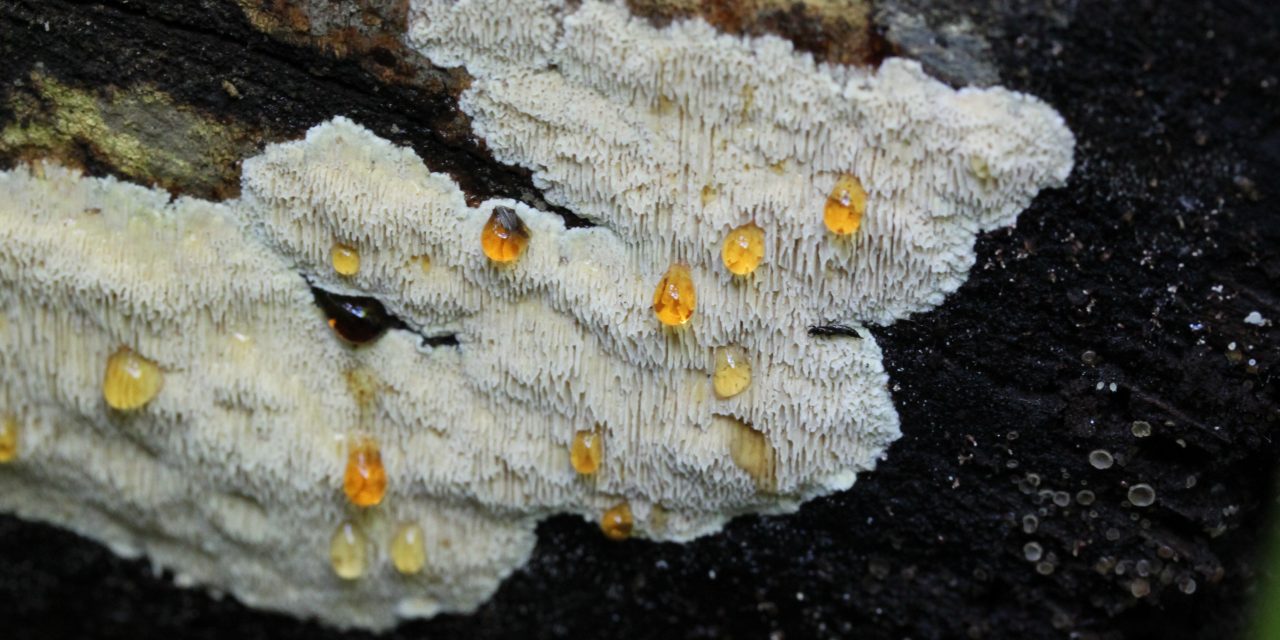 WPMC had a booth at the Phipps BioBlitz and talked to many interested members of the public that attended the event. We ran two walks with about 10 or so people on each one. We found a fair number of slime molds down by the creek in Panther Hollow but very few gilled specimens. In the afternoon club member Loukas Sarvidis arrived with a good selection of gilled and larger species. Loukas knows the park well and often takes pictures of the mushrooms he finds. There were two very interesting finds. The first is a toothy crust mushroom, Radulomyces copelandii (Asian Beauty), that is an invasive species that has been spreading slowly west from when it was first documented in Eastern Massachusetts in 2009. The second species is a anamorph Dead mans finger relative Xylocoremium flabelliforme. There are 2 states for the species each with an official name! The most common form is as photographed here and the other state looks like dead mans fingers and is very uncommon, John Plischke III has only photographed it once. This more common state can often be found a couple of times per year. Strictly speaking we should probably be using the Xylaria cubensis name for all identifications.

All specimens were found in Schenley Park by BioBlitz participants. 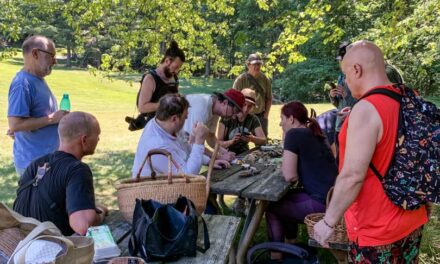 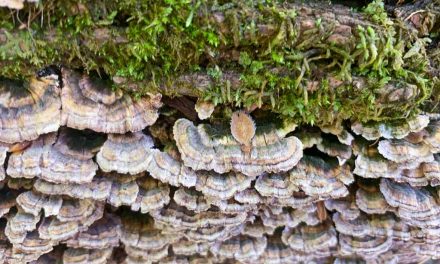 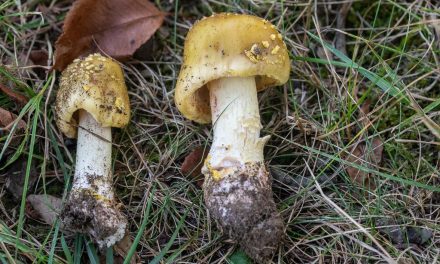