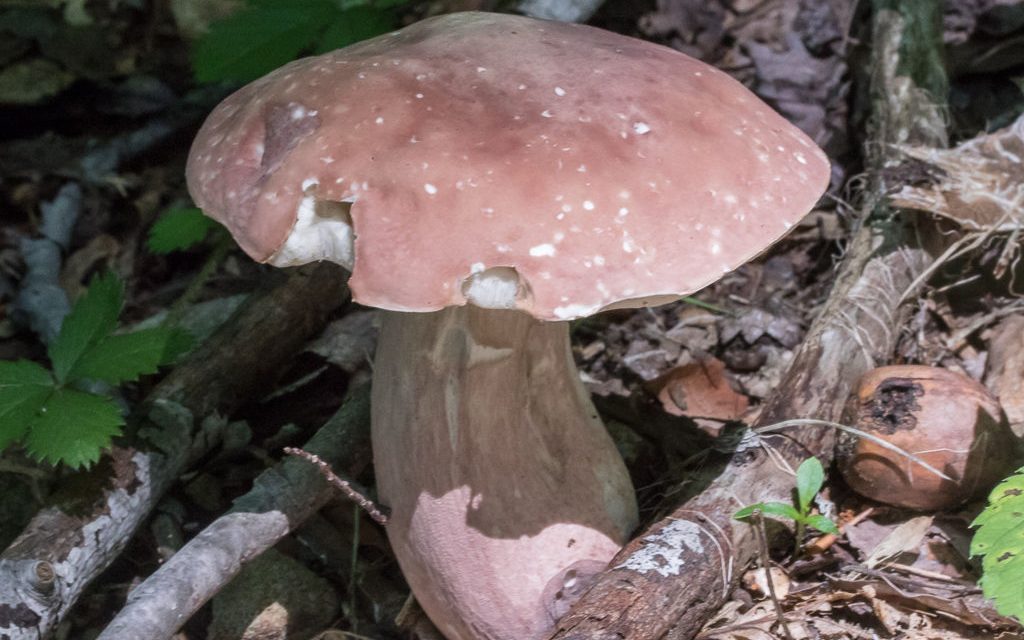 Walk leaders John Pilschke III and Scott Pavelle. Last year we found a lot of boletes in one area of the park so we went back for a return visit. Boletes were found but not in the same numbers. Even so many of the 20 or so people on the walk found some edible boletes to take home with them. The most abundant edible bolete was probably the Boletus separans (Lilac Bolete). A few early Chanterelles were also found. We did a quick identification of other species collected on the walk and include an incomplete list here.

A very interesting non bolete mushroom was also found, Podostroma alutaceum. I originally thought it was one of the club shaped coral mushroom but John Pilschke III suggested an entirely different phyla, Ascomycota. Sure enough a section on the microscope showed asci (sac’s) containing 16 small spores. A little bit of research led me to this interesting article on a very dangerous relative, Podostroma cornu-damae. The Podostroma alutaceum is by all accounts benign and as far as I am aware this is the first time it has been recorded by the club. 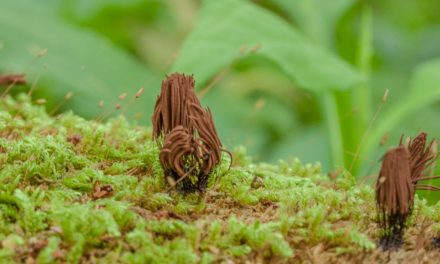 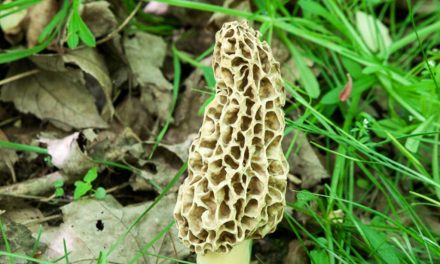 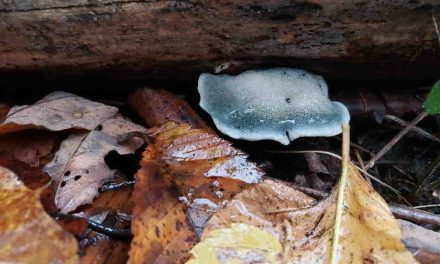