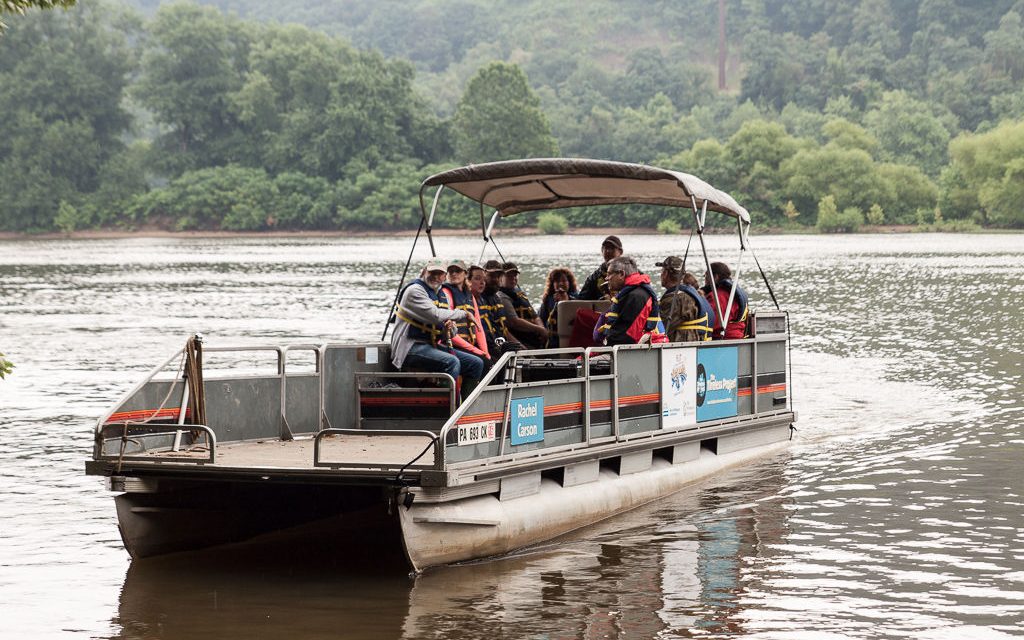 We are currently looking at revamping the clubs species list generator and exploring a few ideas. At the moment species lists are recorded and links to many but not all of the walks are made available on our website on the species lists page. These lists are somewhat hidden away in their current location so one thought was to publish them as a post so that they appear on the main page of the website. The idea is that interested members can then see what was found and if they do not recognize one of the entries can easily click on a link to see multiple example images of the species.

This list is our first attempt at the new format so please let us know what you think in the comments.

It was a gray and wet day with intermittent rain but that did not keep two boatloads, about 20 members from the WPMC or Allegheny Land Trust, from meeting in Vernoa on the Allegheny River bank for a trip to Sycamore Island. We found a variety of species but not as many as have been observed on walks in the Fall on the 14 acre island. The group explored the island walking on paths observing the different fungi, trees and plans present along with the remains of a pool installed by a long gone rowing club. The island hosts a unique floodplain hardwood forest and it was interesting to note the amount of Ganoderma lucidum growing as a  saprotroph on some of the fallen trees rather than in the parasite form we normally observe. After a couple of hours we returned to the mainland and cataloged our finds.

List of species found on the walk at Sycamore Island:

A bit of color to brighten up the day.

Jim Tunney and La Monte Yarroll enjoy the ride back to the mainland. 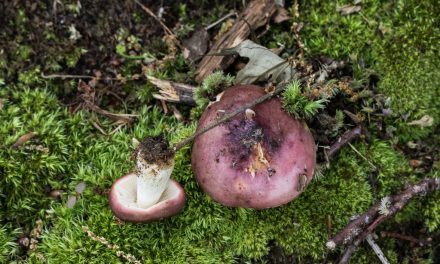 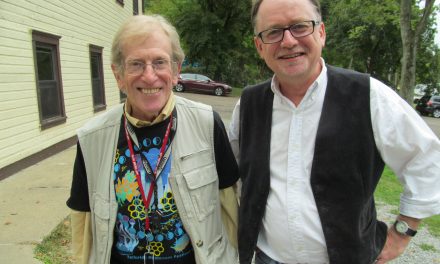 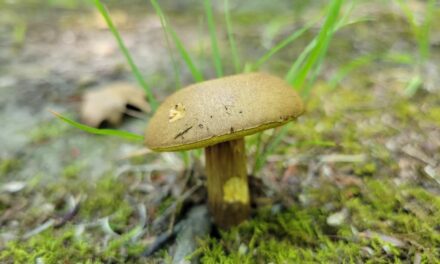 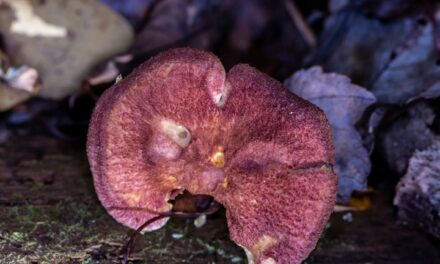