A group of 15 or so people joined club president and walk leader Stephen Bucklin for a night walk through Cook forest state park with lit by UV lights. Park Ranger Dale Luthringer arrived a little after the start time but easily found us in the dark as we had not moved far due to the number of interesting mushrooms we had found. Some mushrooms contain pigments that fluorescence under UV light, glowing shades of yellow, green or blue. We found that the best UV flashlights included a filter that removed the visible portion of light in the purple range and just left the UV portion. This meant that whites did not shine back as purple. We had a mixture of UV flashlights with us and pictures were taken under both filtered and unfiltered light. Not many of the species were identified as the main Cook Forest walk occurred the next morning. There are a couple of pictures of insects, plants and lichens that were also fluorescent. 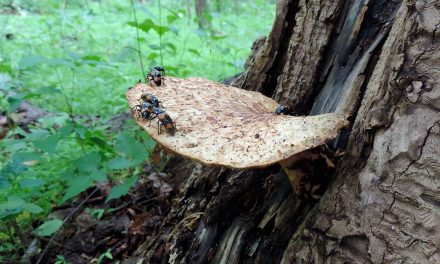 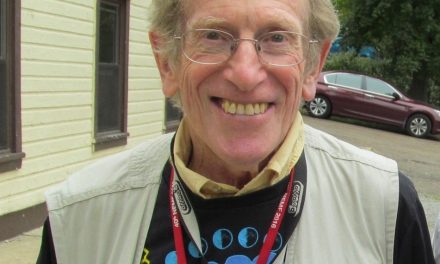 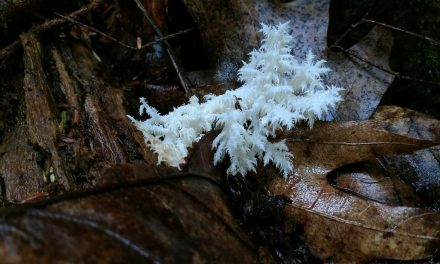 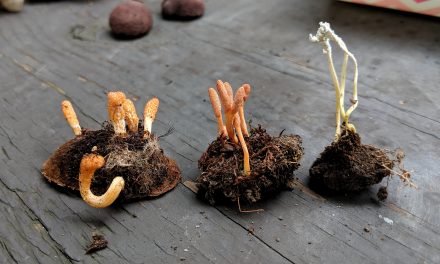