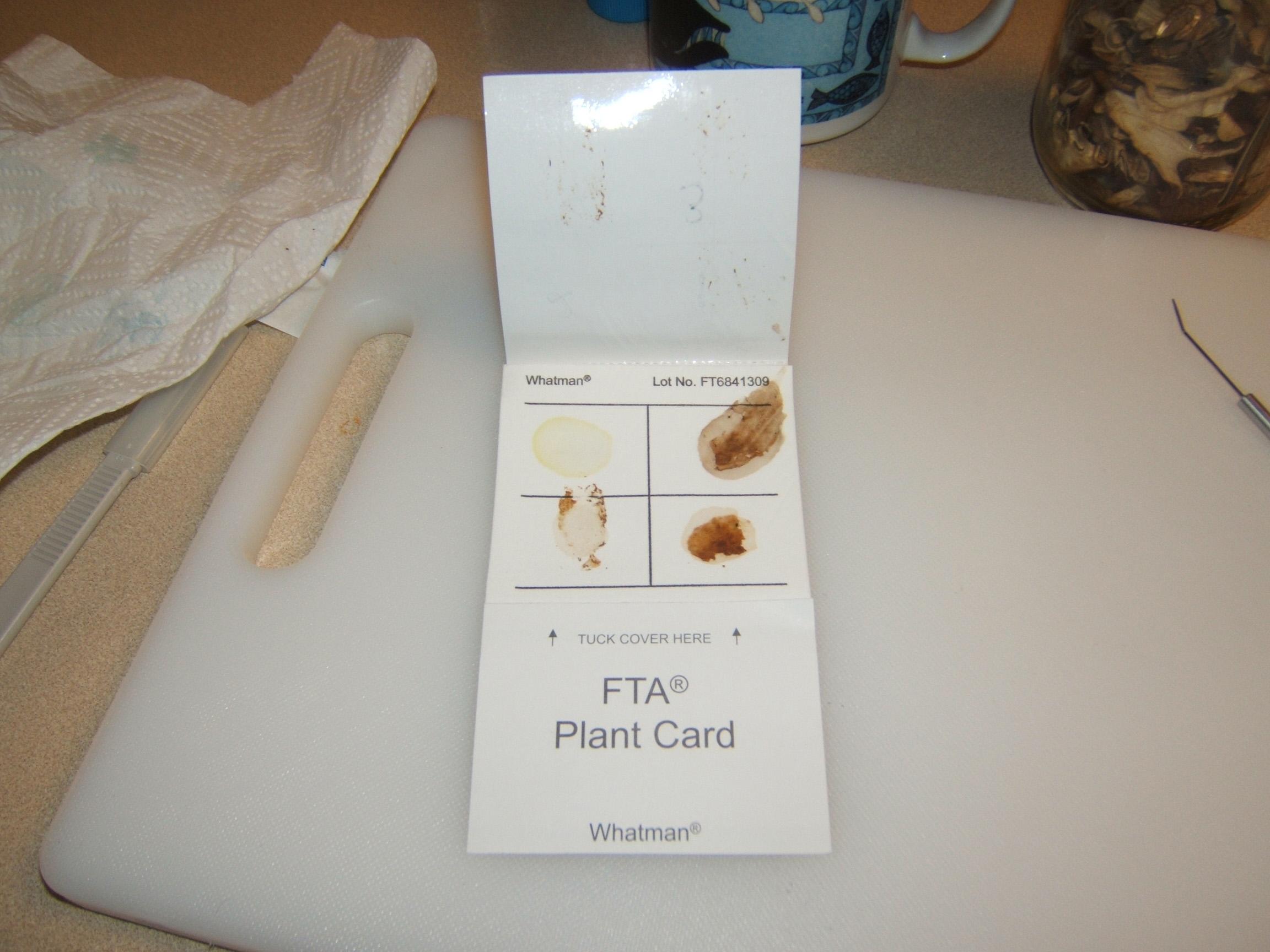 Now that we have the FTA plant saver cards we can prepare some samples for analysis. In early spring four WPMC members met and pooled a small collection of mushrooms together for the test samples. There were a mixture of fresh, frozen and dried samples:

The samples were applied to the FTA plant saver cards taking care not to contaminate them with our own DNA or that of other material. 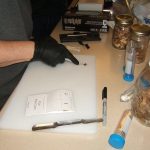 Here Barbara DeRiso prepares a small piece of rehydrated morchella escul tissue prior to applying it to the FTA plant saver card. 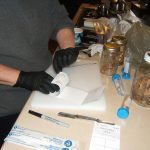 Barbara DeRiso checks the back side of the FTA card to make sure that tissue sample has been pressed enough to squeeze fluid all the way through. 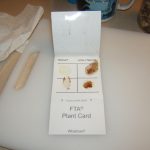 The FTA sample sheet was sent for analysis and the results will be reported shortly.

← May-June 2013 newsletter published
The results are in the first four DNA Barcoding samples. →