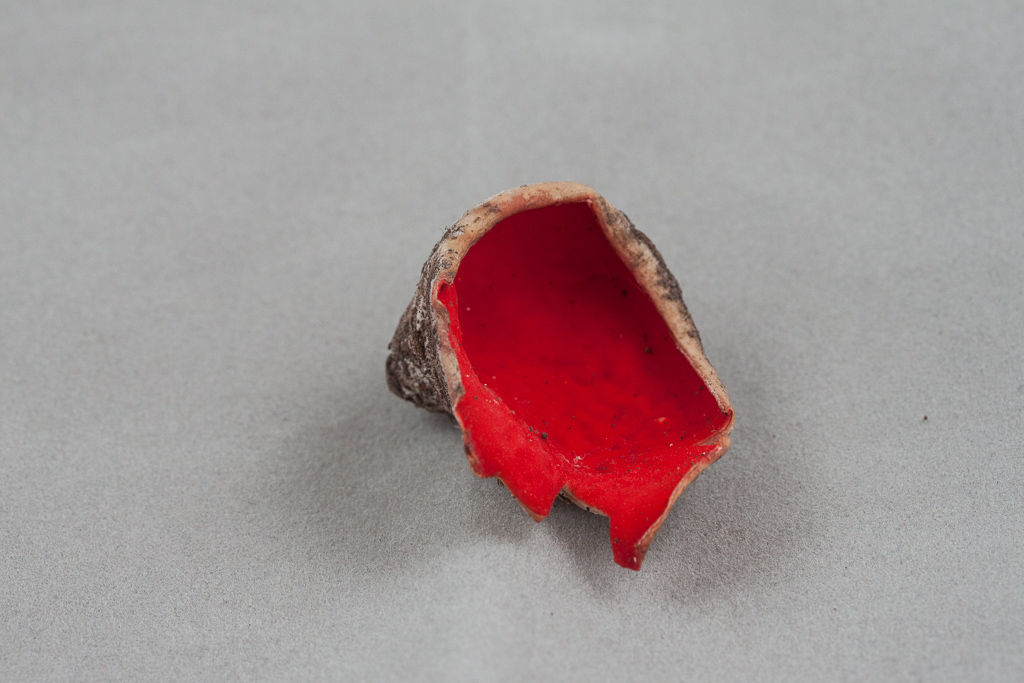 First walk of the year and a big crowd! Its been a warm winter and we have an early spring. Because of this we found a number of fresh mushrooms as well as dried specimens from last year. Find of the day was definitely the Scarlet cup. The guide books often list Sarcoscypha coccineaas the common species of Scarlet cup but this is apparently only found west of the Rockies. Instead we may find Sarcoscypha austriaca, or Sarcoscypha dudleyi, in our area. The two species are indistinguishable by eye and you need to look at the spores and the hairs covering the underside of the cup with a microscope to be able to identify the exact species. I took a sample home and was able to determine that we found Sarcoscypha austriaca. Thanks to last years foray guest mycologist Michael Kuo’s MushroomExpert website for the details on that.

Comments:
There were multiple remains of Laetiporus species (chicken of the woods) but they were all white so we could not assign a species.
There were also a number of crust species that were not fully identified.
Maybe a Lyophyllum species.