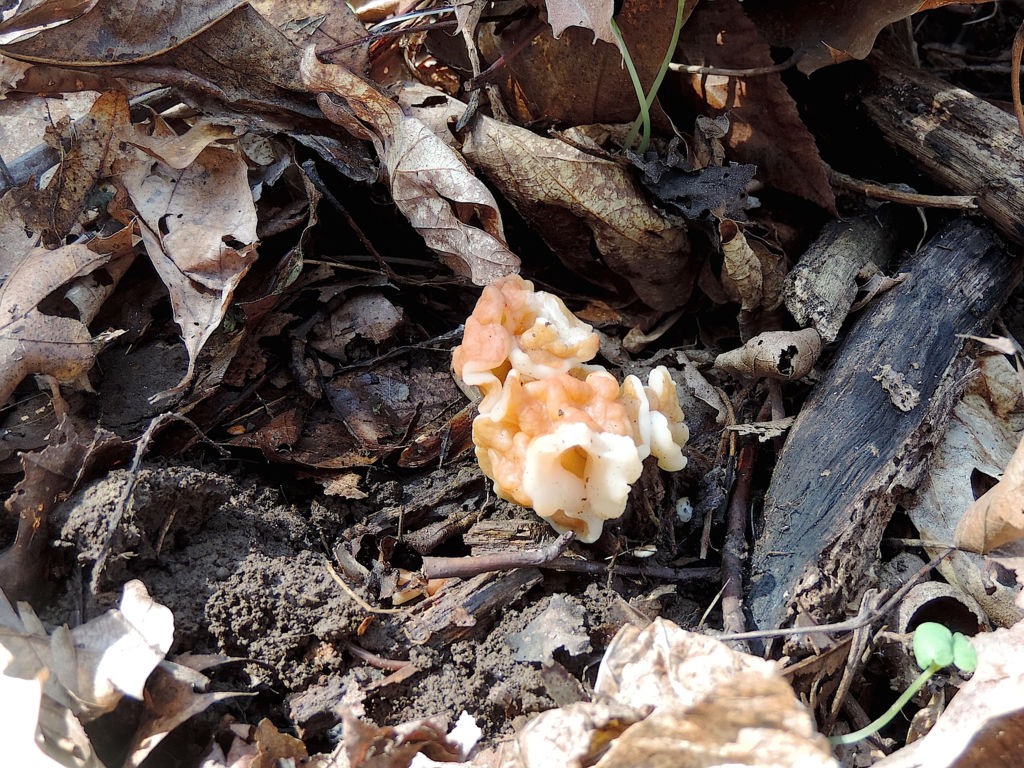 It was a beautiful warmer than spring day and we took a walk on the Rachel Carson Trail. Although there is a stand of tulip poplars on the walk we did not find any of the elusive morels. However we did find a group of Korf’s False Morels not edible, but a good sign of things to come.

List of species found on the walk at Hampton Community Park-Rachel Carson Trail:

We weren’t the only ones out hunting something!

Dick Dougall at the identification table