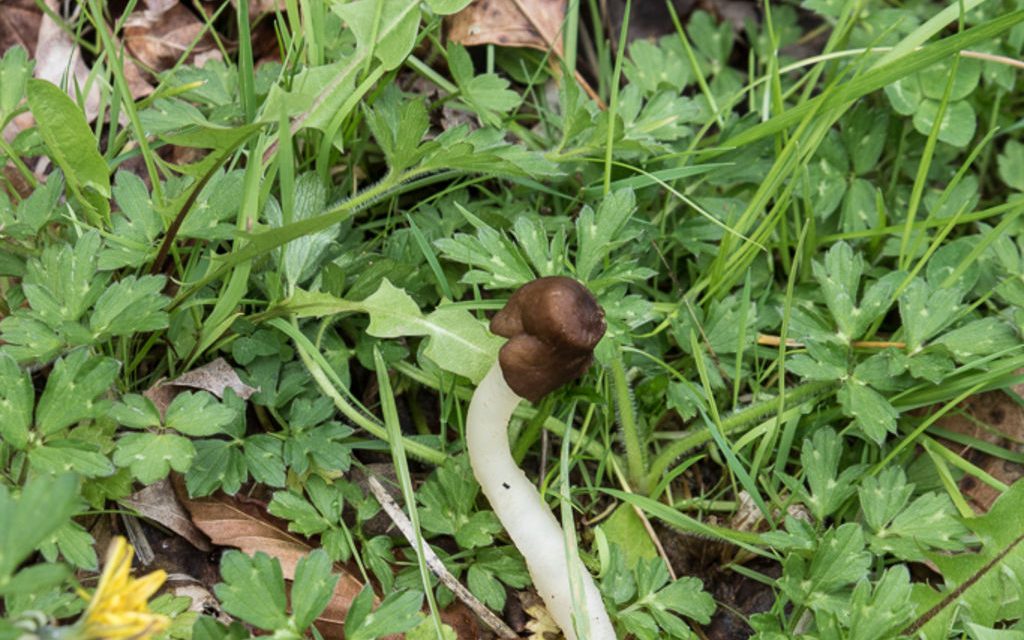 Walk leader Brian Davis. Although Ryerson Station is a bit of a hike from Pittsburgh the State Park is really lovely with some great walking trials. We were on the hunt for morels but the season has been unpredictable to say the least. The fruiting of the different morel species often overlap but this year it is a bit more extreme than normal. The lack of rain has hampered things as well. We took a walk up into the hills in search of morels among the mature Tulip Popular trees. The group split with some members hunting the lower valley and the rest hiking up the hill. We found a variety of jelly fungi and a number of other species. On our return to the cars there was a note from one of the members that stayed in the low lying area thanking the park ranger and reporting that he had found a dozen Morels! The rest of us were not so lucky. 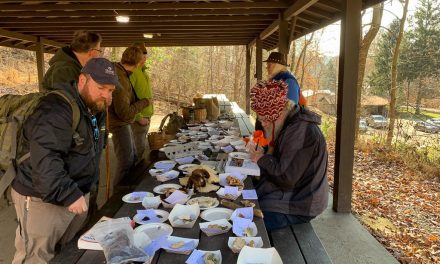 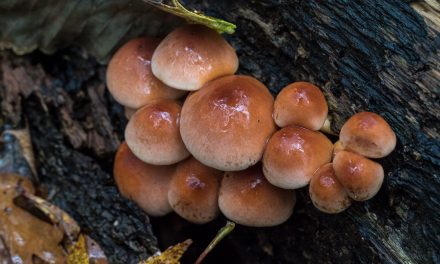 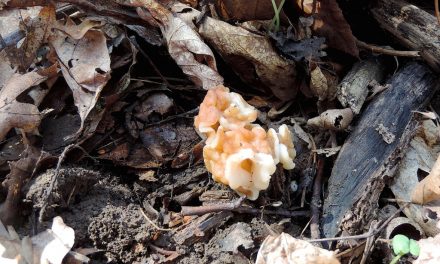 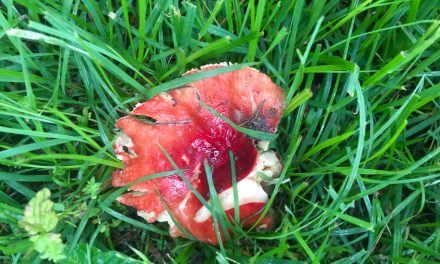